The Ancient Wisdom Of The Runes

The Ancient Wisdom of The Runes

Thousands of years ago, long before the written languages that we know today in the Western world, there were ancient scripts comprised of symbols.

It is widely believed that these simple characters signified sounds used by the ancient High Priests and Priestesses, Shaman and Magicians as chants to raise the spiritual vibration of their ceremonies and communicate with the energies of their gods.

These symbols were believed to have such a strong spiritual connection, that they were etched on stone, bronze or wooden discs and used in divination and as charms.

Simply wearing one of these symbols, or a combination, was and indeed still is believed by many to summon the qualities or attributes of these deities – a signal for their aid.

One such ancient script has become known as the Runic alphabet.

As a symbolic language, it was brought to Britain by Celtic tribes of North European origin and introduced into England, Scotland, Ireland and Wales. Some have referred to it as the bridge between Pictographs and the written words of today.

It is not uncommon to find that still today many serious seekers of the occult will write out their magical workings in the Runic alphabet – after dark and by candlelight in the traditional way.

As with any magical tool, it is far better to acquire them through your own efforts and you may decide to make or purchase a variety of different sets to experiment with.  I’ve tried pebbles from the beech, semi precious cabochons and clay. I once even spent the best part of two months carefully hand shaping each rune piece from wood – searing the rune design into the face with a soldering iron.

The wood from each tree will have different energies and collecting, drying the wood and cutting the pieces is very therapeutic and rewarding because you will be imprinting your energies into your work. The material for your ‘rune-stones’ can be almost anything that you feel drawn to. As with anything in magic, the material is not as important as the ‘exchange’ of energy invested in them. Whether it is the energy of your own efforts in making a set or an exchange of money (the rewards from your energies) to buy the set that attracts you, the important thing is that you show respect to the set you choose to use.

I believe the answer to the energies of Runic symbols lies deep in the mysteries of the past. A past that many researchers across the world are exploring as you read this.

They are examining not only their own, but the paths of others.  Why? Because there is a certain realisation today that the “missing link” will not be discovered out in space, or the universes beyond, but hidden deep within ourselves!

We are living in a time when we no longer seek to find our differences and prove our worth as individuals. We are, at last, looking for our similarities and our connectivity.

Consider a tree.  It draws nourishment from its roots, grows upwards towards the light – yet along its way divides and sub-divides into thousands of branches, twigs and leaves.  If we look at the evolution of mankind as the structure of a huge tree, the roots are our evolution and our birth, our connection and our nourishment; this is the negative energy force or passive. We commonly refer to this as female.

The tallest branch of this tree reaches for the sky, the ultimate goal, the positive energy of Father Sky encompassed in the masculine and referred to as male energy.

The trunk of the tree is the evolution of mankind.  It bends, it sways, and it changes its coat and colour.

The branches are the many paths and avenues of the individual that make up the whole of mankind.

Every now and then, evolution travels so far away from its roots that, to restore balance, there is nothing else for the Earth Mother to do except to cast out the seed of mankind into the tender peat, under the watchful branches of the tree of life.

Maybe that is when the spirit of mankind gets a little too close to the comfort of returning to the heavens and its rightful place.

It’s interesting to note how many cultures refer to a tree when teaching of their ancestry through the myths and legends of their belief systems.

To those who have travelled far, the mystic runes, the Egyptian hieroglyphics or the Native American Petraglyphs all hold a fascination of their own.

They are keys to unlocking the door into the most fascinating journey of all time. A journey into self-realisation.

The power contained within the Runes can be harnessed for use in many magical ways.

They open a channel between the physical and the spiritual realms allowing travel, “above and below- without and within and through time and space”, communication, divination, guidance and the opportunity to quietly and respectfully pay homage through contemplation.

Legend has it that the Norse God Odin, on his quest for knowledge, was given the Runes as a gift after he challenged the underworld on his journey of self-discovery.

The name Odin comes from the Norse word meaning both “wind” and “spirit”.

According to the legend, Odin hung on the tree of the world (Yggdrasil) for nine nights, wounded by his own blade – thirsty, hungry and in great pain. Through his suffering and isolation, he found his true “self”, for it was in the underworld that his soul learned of many things that would benefit his tribe.

The Nordic underworld is like the underworld of most other cultures, & the descent into it was seen as a very magical act.

The spirits of his ancestors revealed to Odin the secrets of the Runes as a reward for the most ultimate of  sacrifices.

Odin was allowed to ascend once again onto the earth plane, where he proudly brought the knowledge and the wisdom of the Runes for all true seekers to find.

It was not only in Nordic cultures that the Runes were used; there was a system known to the Druids and Celts as the alphabet of the Bards or “Coelbran Y Beirdd”.

We are led to believe the Vikings used the Runes to navigate their ships in cloudy weather when they were unable to see the stars. Seekers still use them   today to help them navigate a path through their lives.

Check out all our runes here! 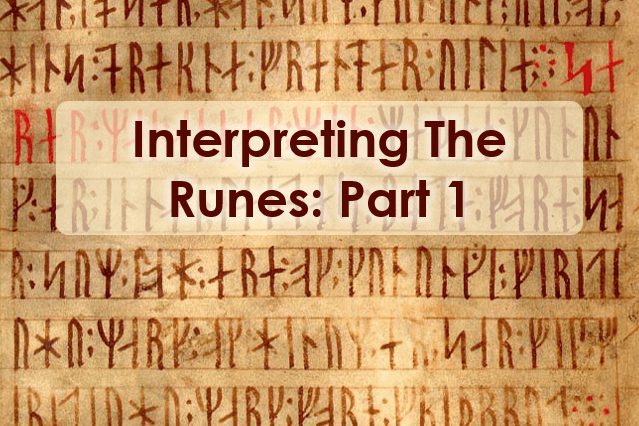 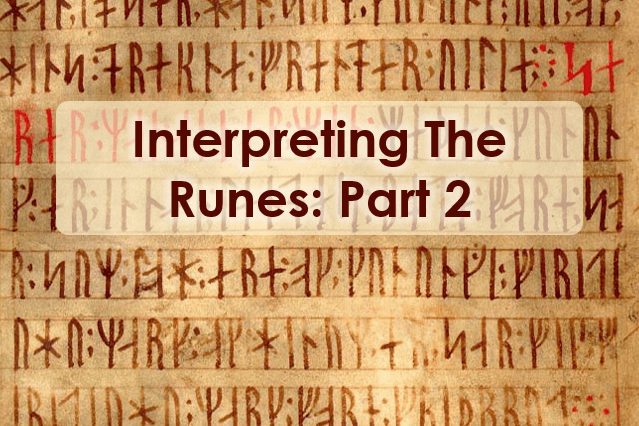 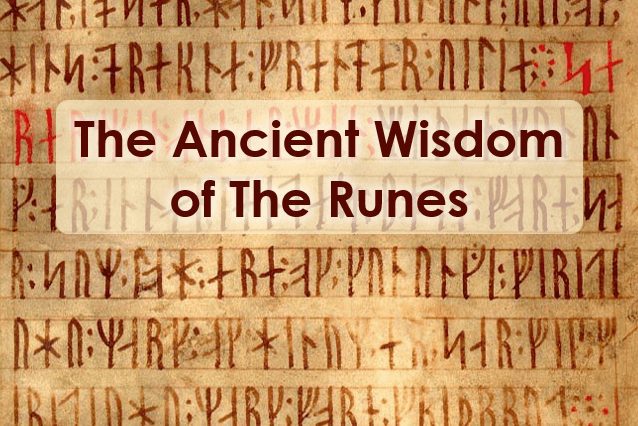 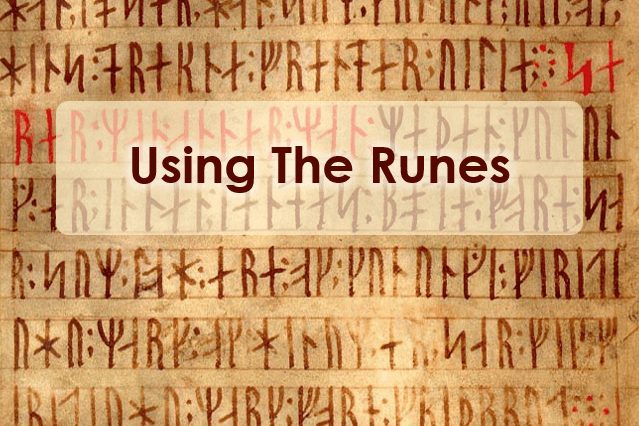 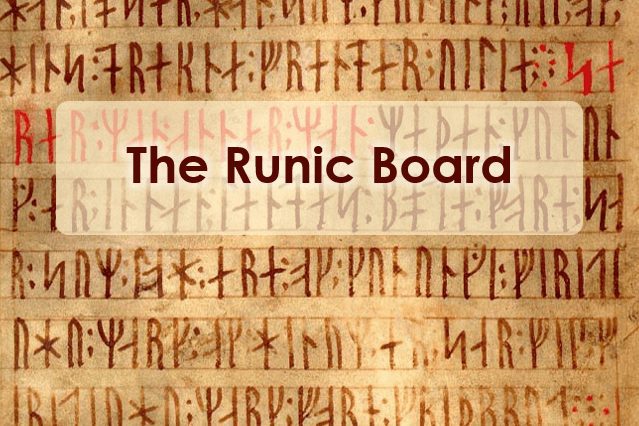 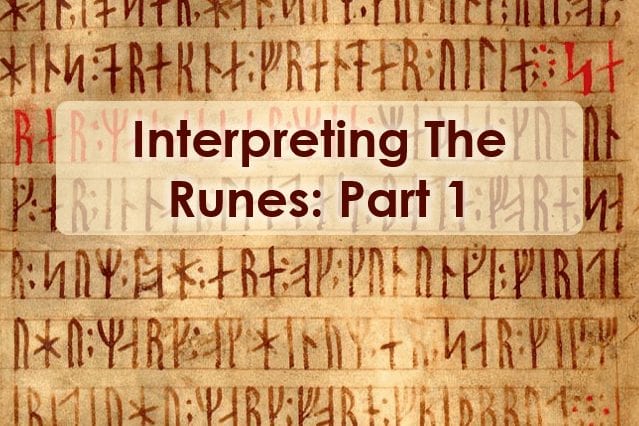 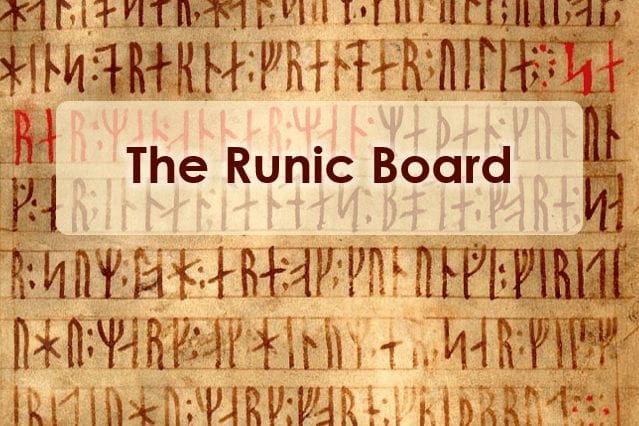