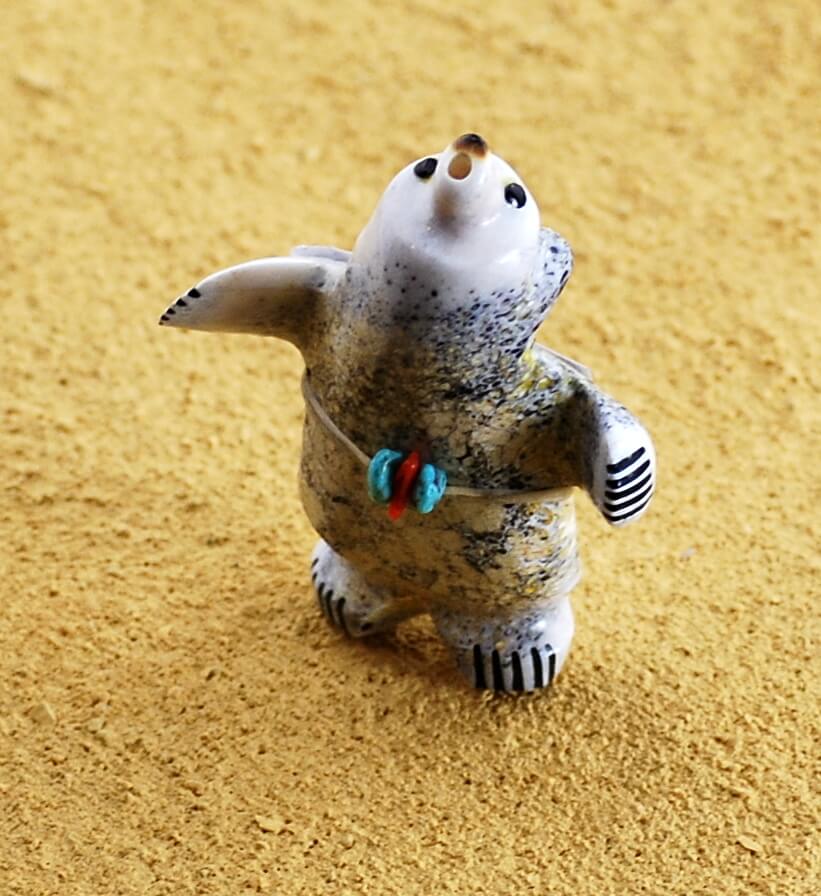 Native American Indians have used fetishes throughout recorded history. A fetish is an object believed to have magic powers. These, made by artists among the Zuni Indians of New Mexico all relate to animals and are carved in semi precious stones.

Most always, these animals are animals of prey. As the most powerful providers in life, they are accepted as having the greatest fetish powers. The Zuni Indians believe in six cardinal guardian fetishes – the mountain lion, the badger, the wolf, the bear, the mole and the eagle.

A fetish has one paramount purpose – to assist man against any real or potential problems. It can be owned by an individual, a family, clan or whole tribe but is always the responsibility of one person. Social care must be taken to see that the fetish is properly fed admired and cared for. They are believed to feed on cornmeal while kept in a special pot or pouch.

The adornments on the backs of the festishes in turquoise, coral etc represent arrow heads or feathers to enhance the fetish’s power. Shell or bead adornment is a show of appreciation by its owner. The better treatment a fetish receives, the better performance it is likely to provide.

The power and strength of a fetish relates to the capabilities of the animal portrayed and is obtained by taking deep breaths from the fetish’s nostrils.