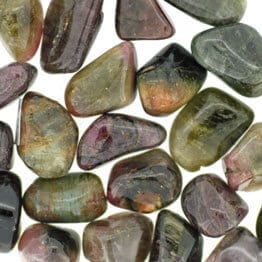 Healers have been using Watermelon Tourmaline for healing since it became more available in the late 1800s. Thought to align the multiple etheric bodies for a sense of harmony, balance, and serenity. Watermelon Tourmaline actives a gentle release of fear while installing a sense of self belief. Just like the radiating colours of this gemstone, the heart chakra can radiate a loving energy out to the universe, aiding interconnectivity.