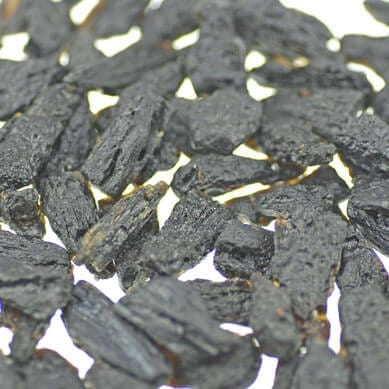 Tektite is a generic name for the substance formed by a piece of rock falling through the atmosphere. Tektites have been prized for thousands of years as magical extra terrestrial minerals that have fallen from the sky. Atmospheric friction generates intense heat, and on impact with the Earth, a molten ‘glass’ is formed that cools into a hard, semi-translucent material.

Some pieces may have fallen to earth as molten meteor fragments. Most we believe are actually terrestrial minerals that have been thrown high into the atmosphere by powerful volcanic eruptions. However,  both are possible and, therefore, I treat each piece I find on its own merits.

If you are looking for inspiration or a eureka moment holding a piece of Tektite increases your chances of a more psychic connection to the heavenly stars.  Answers and ideas, threads of genius inventiveness stream once a connection is made. Receive your guidance through meditation and by placing your Tektite on your third eye chakra point.  As the energy pulses around and through your chakras tiny blockages within you will be stimulated to move and clear.

The ancients believed that Tektite are linked to the other worlds, the creation of life and the union of energy and matter. They are often used in spell craft to connect to the other realms, to talk to ones ancestors and communicate with spirit.

Tektites act to balance the masculine and feminine properties of our character and stimulate spiritual growth. They are believed to open channels through which inner knowledge and understanding can flow. Tektites assist in the gathering and retention of spiritual knowledge and greatly facilitate spiritual communication. They also protect the knowledge you have already gathered and prevent its loss. They are often used in healing on the chakras to balance, and even reverse, the direction of energy output. Tektites are often worn as talismans and believed to aid fertility and growth.