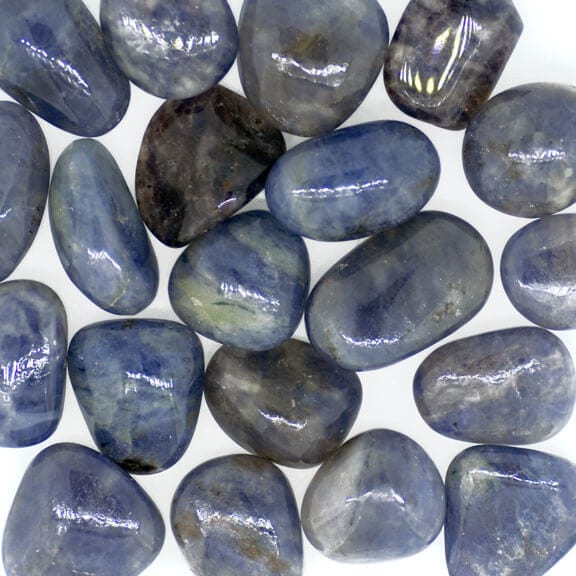 Cordierite has generally two colours apparent in it; gold/white and a heavenly blue/violet. The gem quality of this crystal is known as Iolite. Cordierite has a different energy to Iolite. It is denser and has a calmer Divine Feminine energy. This crystal removes negative blockages from any chakra or energy centre, but it does work particularly well on the third eye and heart chakra.

Used for clear vision and problems with eyesight, as well as healing the heavy suffocating emotions of a heavy heart. Cordierite converts one kind of energy to another. It shifts negative pockets, allowing light to enter.

By its gentle energy, this crystal teaches us gratefulness and gratitude. Some believe this is one crystal blessed by the Goddess and best used at night, under a full moon and out in nature.

Not found as commonly as Iolite and usually overshadowed by it. Cordierite protects the Auric field and brings healing by allowing the DNA strands to gently relax.